How to find a prostitute in Poland

In Poland, the right to prostitution is partly regulated. Women can earn money as prostitutes, but no one can mediate in it and benefit from brokering. Finding a prostitute is not difficult. In most cities you can find prostitutes around the train station. Although there are exceptions to the rule. For example, in Cracow a popular place for prostitutes is the market called “Nowy Kleparz”. The fact is that the market is located less than 1 kilometer from the railway station. Women standing near train stations are often more than fifty years old. It’s extremely difficult to find a young woman prostitute who stands near the stations. Prostitutes often fight the competition. Older women in the profession seeing a young woman working in their area often call the police because street work is illegal. During interventions, the older ones often leave the workplace, walking on other streets.

Highways are another well-known place where we can find prostitutes. Most prostitutes standing by the road can be found in the Warsaw surroundings and in Silesia. Due to changes in the industry, the number of girls standing by the roads is decreasing. In addition, the introduced tolls limit the girls’ business. There is a special portal on which we can find opinions and a list of places where Polish prostitutes stand. Such a portal is “gdziestoja.pl”. You can find opinions, comments and sometimes the girls themselves write where they are currently standing and where they can be found today or tomorrow. The most popular routes with prostitutes are A1, S1 and S7. It’s hard to find girls near highways near Cracow, the situation is definitely different in Katowice and Warsaw. In the vicinity of Poznań, as well as in the surrounding Pniewy, there are extremely many prostitutes by the roads.

Next to highways, nightclubs are a common place. There are at least a few night clubs in every major city. Many of them have advertising on the roads and around airports. Nightclubs can also be found on popular routes away from major cities. In such a place, in the Internet advantage, we know perfectly well what a girl looks like. No one is cheated then. Prices are also often not too high but for safety it is recommended to pay with cash and not by card. There were famous stories in Poland where tourists from Great Britain were deceived by using payment cards. For several years Polish nightclubs are full of tourists from Great Britain. The price of beer for a British man is lower than for his in the country, the same is also true for sexual services. A private dance in a strip club usually costs around 100 PLN. Young women usually under 30 years old dominate in strip clubs. Nightclubs usually have women a little older than thirty. Services in nightclubs usually cost around PLN 200, there are no offers below PLN 150 per hour. Strippers often speak English fluently or in another popular language such as French. When it comes to nightclub workers, foreign language skills are rare. As the most popular nightclub can be considered the “Queen” nightclub located in southern Poland whose ads are often set on the most popular routes. Popular clubs in Cracow are “Ibiza”, “Butterfly” and “Rocco”. Nightclubs in Cracow are located in the central part of the city, every tourist will easily find naghclub near their favorite tourist places. Alcohol usually costs PLN 20 for beer in such places. In the case of stronger spirits or champagnes, prices reach several thousand PLN. We strongly advise against this type of drink in such places.

Nowadays, looking for prostitutes focuses on browsing the internet. If you are in Poland and are looking for a girl for the night, enter “anonse erotyczne” in the search engine. Most young women sell their body on the internet by selling video and nude photos. This earnings is low compared to call girls. In Poland, there are two main portals containing prostitute advertisements. The leader is the “Roksa” portal containing over 10,000 ads. The scope of the portal applies to the entire country and is classically divided into ads for women, men, transsexuals, couples and clubs. With this number of ads, it’s important to verify the girl’s phone numbers in Google. There are often several ads on the same phone number. The Odloty portal is second in the Polish internet of the prostitute industry. The scope of this portal’s activity is focused around the capital of the country and small cities located near the capital. The number of erotic ads on this site is definitely smaller. This portal, however, has a rich list of foreign nightclubs willingly advertising on it. Eamore.com.pl is another important website. This website in its operation is not focused only on the offers of prostitutes but has in its database offers of private persons. The number of ads on this portal is definitely higher and a new ad appears every few minutes. Visiting this portal you may be surprised how soon after reviewing a few ads more ads appear.

The “garsoniera.com” forum is also popular on the Polish internet, where clients of prostitutes assess the work and commitment of girls. Many girls’ personal ads contain outdated photos and false information. Users of this forum warn each other against women’s fraud. The norm is that women add pictures of their friends or downloaded photos from the internet. Many times the weight and age given in the advertisement are much smaller than in reality. Thanks to the “garsoniera.com” forum you can avoid disappointment. When browsing the ads, you need to verify that the girl also has ads on other websites. The next step is to compare the photos if they have a difference that often surprises. In connection with the scams of girls, many portals introduce additional verification. Thanks to verified photos, we have a guarantee that the woman has added her own current photos.

No one commented yet. Be the first. 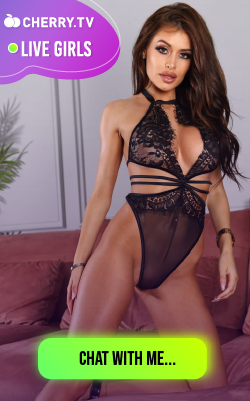 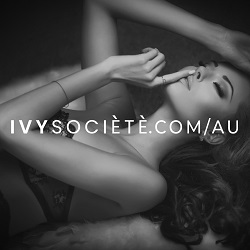 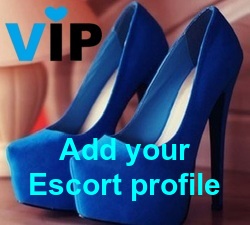